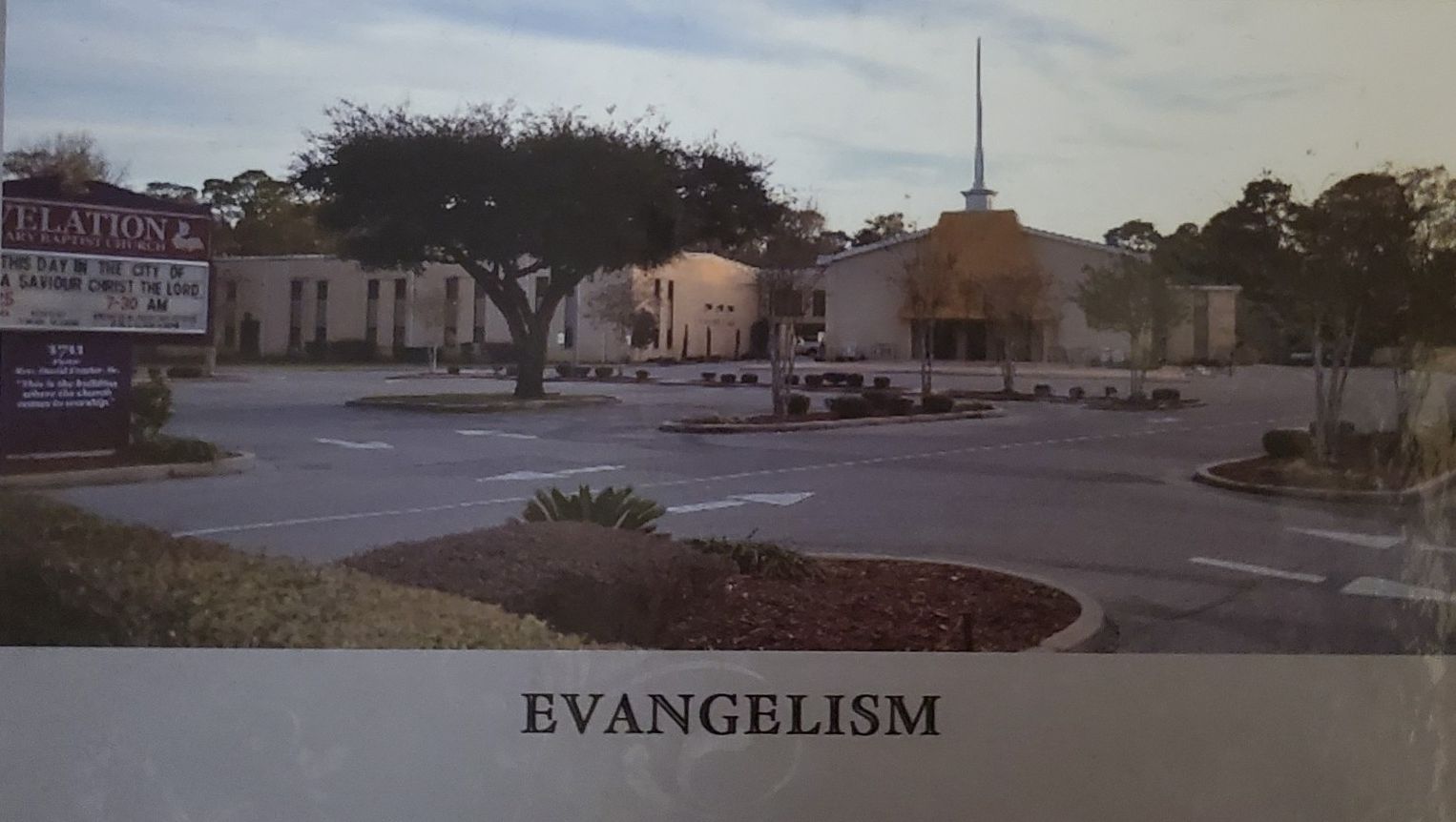 As we reflect over the years, we realize that Revelation has much to be thankful for. The Lord has blessed us from our beginning to the present time, 1909 – 2007. We thank God for the love, mercy, and care he has bestowed upon us. Revelation has been blessed with pastoral leaders of vision that have planted and watered the word of God, and God has richly blessed our fold to increase. Thank you God for bringing us across another year and affording us the opportunity to again stop and reflect from whence you have brought us from.

The Revelation Missionary Baptist Church was established in 1909 under the leadership of Rev. Nathan Boyd, along with eight members and one deacon. The original name of the church was Mt. Nebo Baptist Church. . For eleven months, services were held in a rented room on Alba Street in the Oakdale area, Mobile, Alabama.

The church’s name was soon changed from Mt. Nebo to Revelation Baptist Church. By the grace of God, Rev. Boyd and the members were blessed to build the first building on the property of his sister, Mrs. Cornelia Boyd. This building was shortly thereafter destroyed by a storm. With faith and determination, the building was rebuilt in the same location and the congregation had grown to about 50 members. Rev. Boyd was pastor of the Revelation Baptist Church for 16 years, 1909 to 1925, until God called him from labor to reward. Thank God for his early leadership.

Following the death of Rev. Boyd, the Church went into mourning and prayer for 30 days. Rev. Nollie James Matthews, the assistant Pastor, was called to pastor in April, 1925. The membership consisted of about 60 members at that time. The church remained in the Oakdale area for about 20 years. Under the leadership of Rev. Matthews and the direction of the Holy Spirit, the church was led to purchase property in the Mayesville area, on Wexford and Rotterdam streets from Mr. and Mrs. Frank Diggs for $ 75.00. This was during World War II. It took time and perseverance, but a new 30 x 50’ frame building was constructed on the new property. The members marched into the new church building in Maysville from Oakdale the 4th Sunday in July, 1945. Many improvements were added to the building and the membership grew to 853 members. Rev. Matthews is well remembered for his 47 years of service, 1925 to 1972. Thank God for his leadership.

After a 60 day mourning period, God once again answered the prayers of the Church. Rev. Dr. Leon Taylor, Sr. was called to pastor Revelation Missionary Baptist Church and began his pastorate on November 5, 1972. Dr. Taylor reorganized the Church School, Church Training Union, and led the Church in paying off all indebtedness. The Lord continued to bless the Church under his ministry and the membership grew from about 850 to 1200 members, requiring a larger building for worship service. Under the guidance of the Holy Spirit and the leadership of Dr. Taylor, additional property was purchased, including the property for the existing Church site costing $18,000.00. With great vision and faith in God, an edifice valued at $800,000.00 was successfully completed in 1979.
God continued to bless this ministry The membership grew to about 2300 members. A Day Care and Credit Union was organized. Additional property was purchased in excess of $192,000.00. A swimming pool was built for the sum of $72,000.00. Vans and equipment purchases in excess of $120,000.00 were made as progress continued. The Senior Citizens Center building located at the corner of Houston and Duvall Streets was renovated and the Day Care was relocated to this facility.

In October, 1997, Rev. Leon Taylor traded life for Eternal Heaven, a city he often preached about. Rev. Taylor served as pastor for twenty-five years. We thank the Almighty God for allowing him to pastor in “green pastures”. His leadership was strong and sure. We were blessed to have him.

Other accomplishments under Pastor Frazier’s leadership are the beautiful 37,000 square foot Family life Center that was dedicated on October 5, 2002. This facility contains a Receptionist room, Game room, Break room, Fitness Center, Lockers/Shower facility, Gymnasium, Walking/Running track, Aerobics Studio, Library, Stage Arena, Administration office, Arts & Craft room, Computer Lab, and Church School Classrooms. Four properties were purchased to allow for the creation of a parking facility and beautification of the landscape. An Evangelism Class was organized on January 06, 2002 as well as a Book Ministry, and Youth Evangelism Training. The most recently established Revelation Missionary Baptist School offers students highly qualified professionals trained to provide an excellent education. Our faith stands on the word of the Lord and for this reason “We Shall Not Be Moved.” because We’ve Come This Far By Faith.

“Without a vision the people perish.” Thank God for our present and deceased pastors of Revelation, men of great vision. Thank god for their vision and gospel preaching, and thank God for giving increase to our fold. We give thanks to all the living and deceased members of Revelation. As Jesus took unto himself the status of a servant, the Church follows after him, seeking to be of service and share the good news. May God continue to bless this Church that it may continue to be a light to the community and of service to mankind. God is our refuge and strength, a very present help in trouble. Therefore will not we fear, though the earth be removed, and though the mountains be carried into the midst of the sea; though the waters thereof roar and be troubled, though the mountains shake with the swelling thereof.”